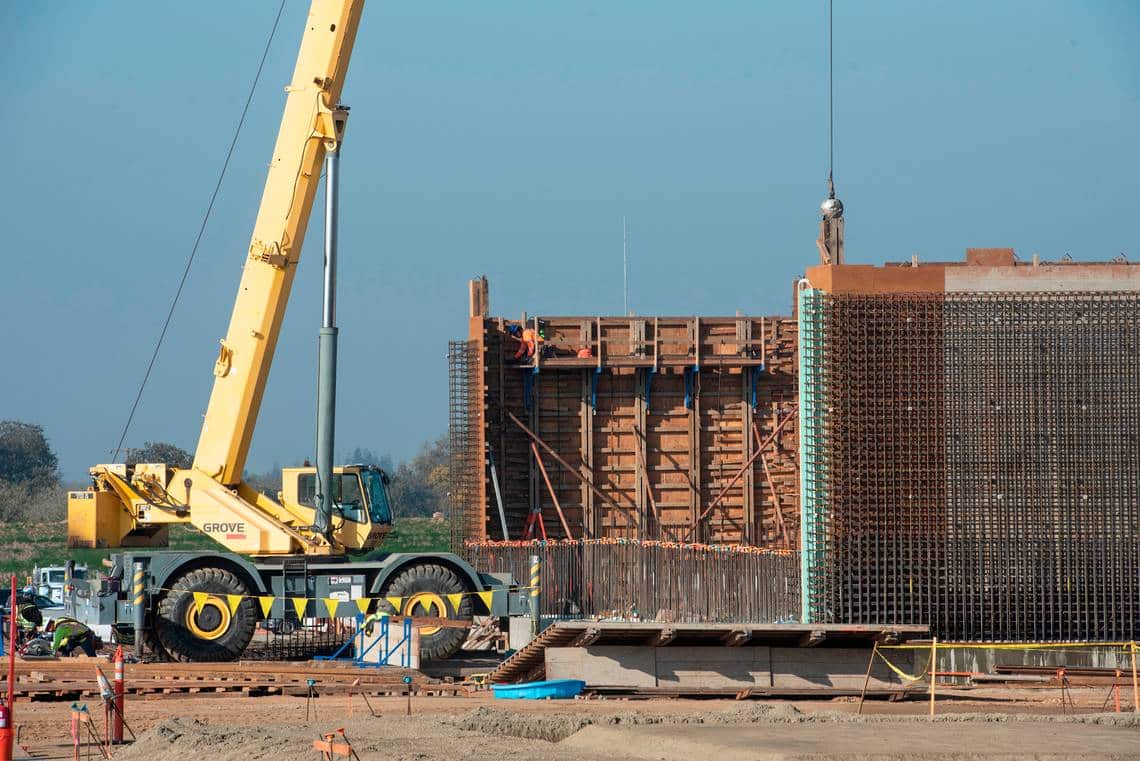 Cost plunges for water treatment plant for Turlock and Ceres. Will it affect rates? SACRAMENTO BEE, BY JOHN HOLLAND DECEMBER 06, 2021 7:00 AM The 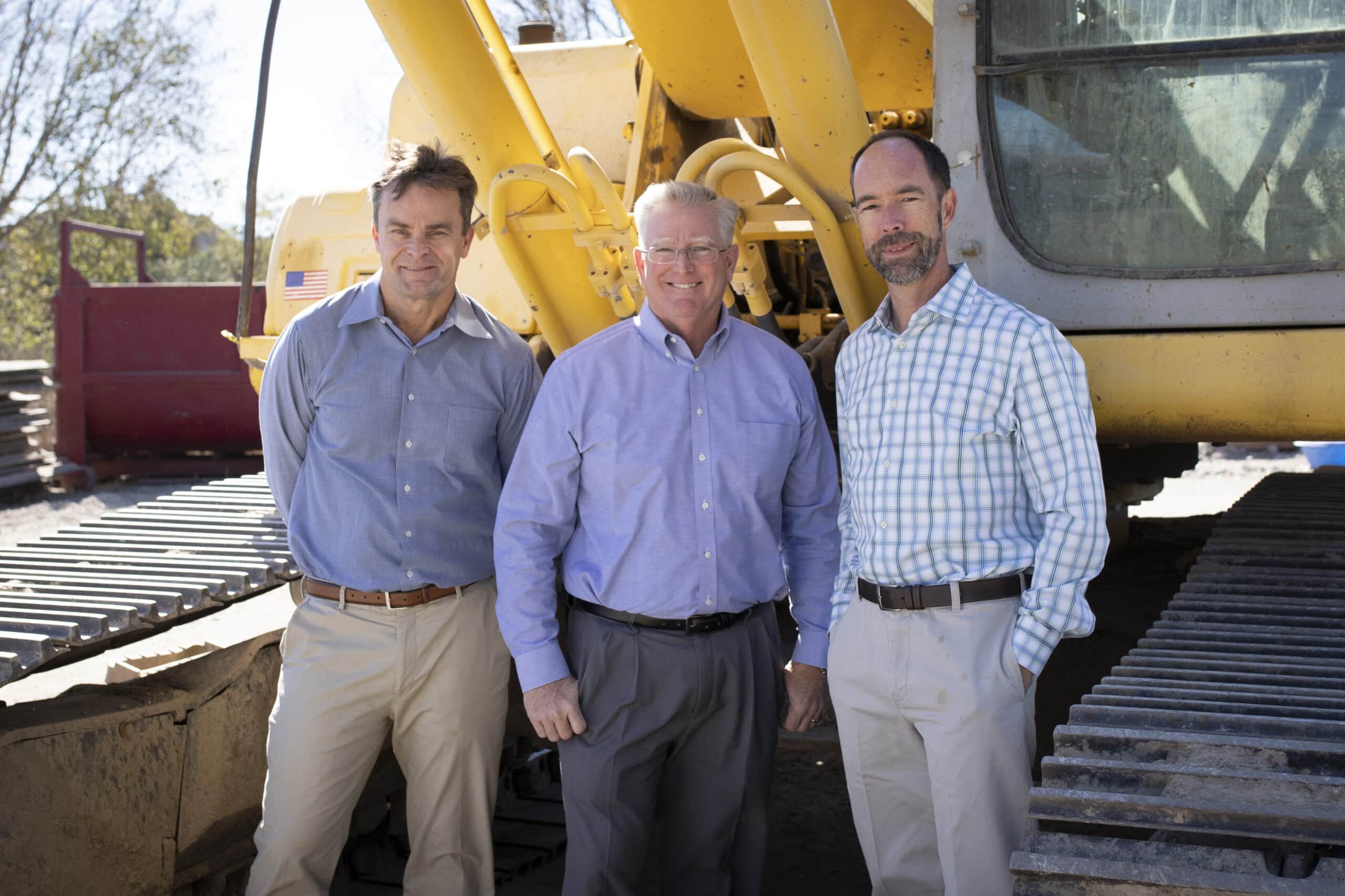 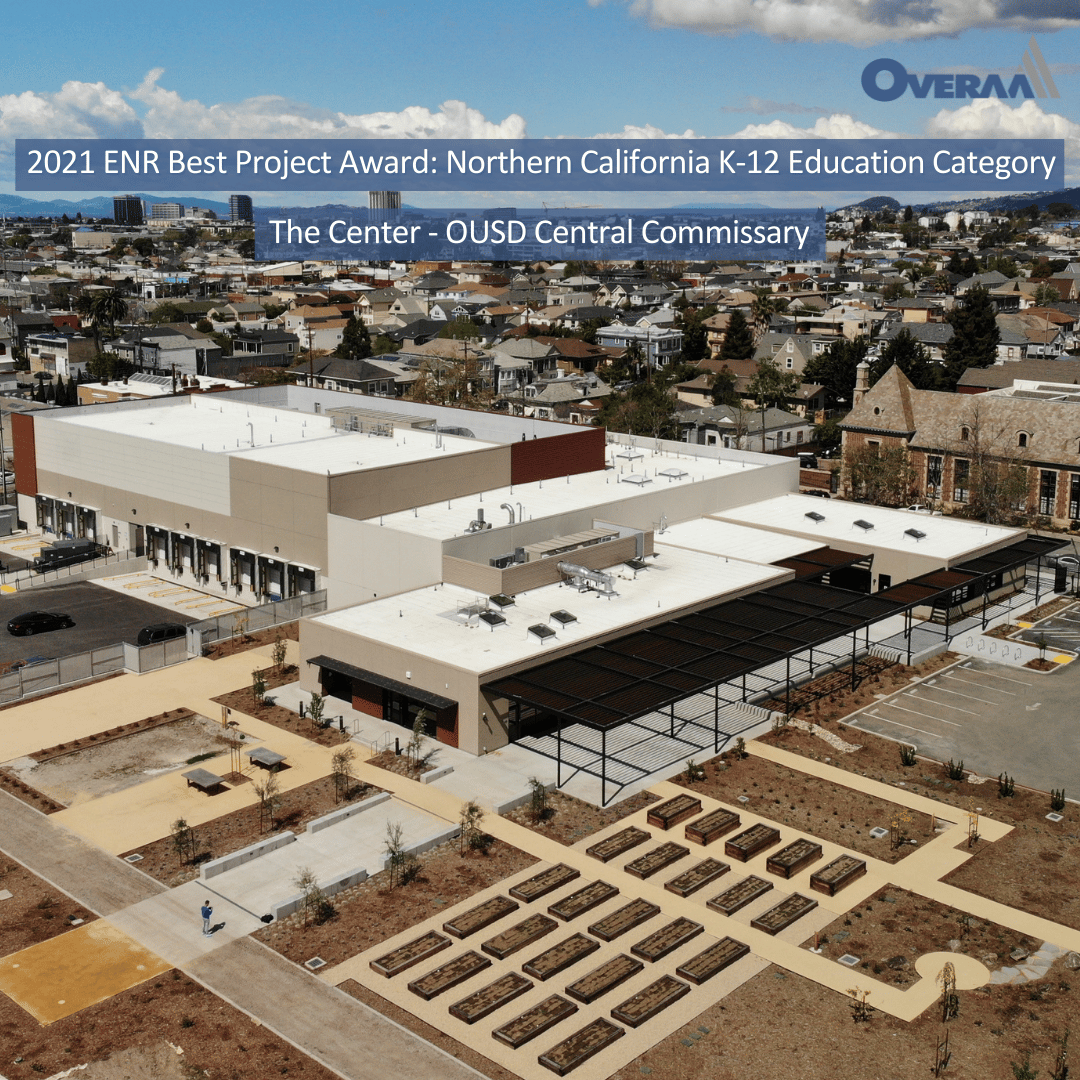 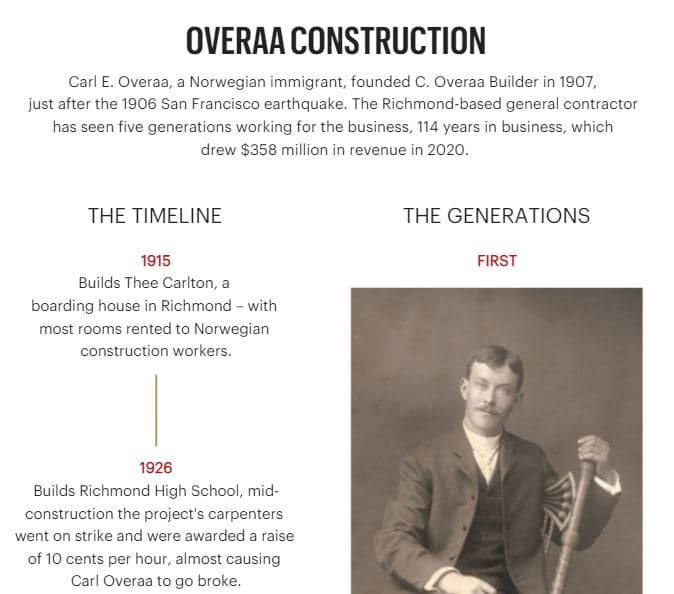 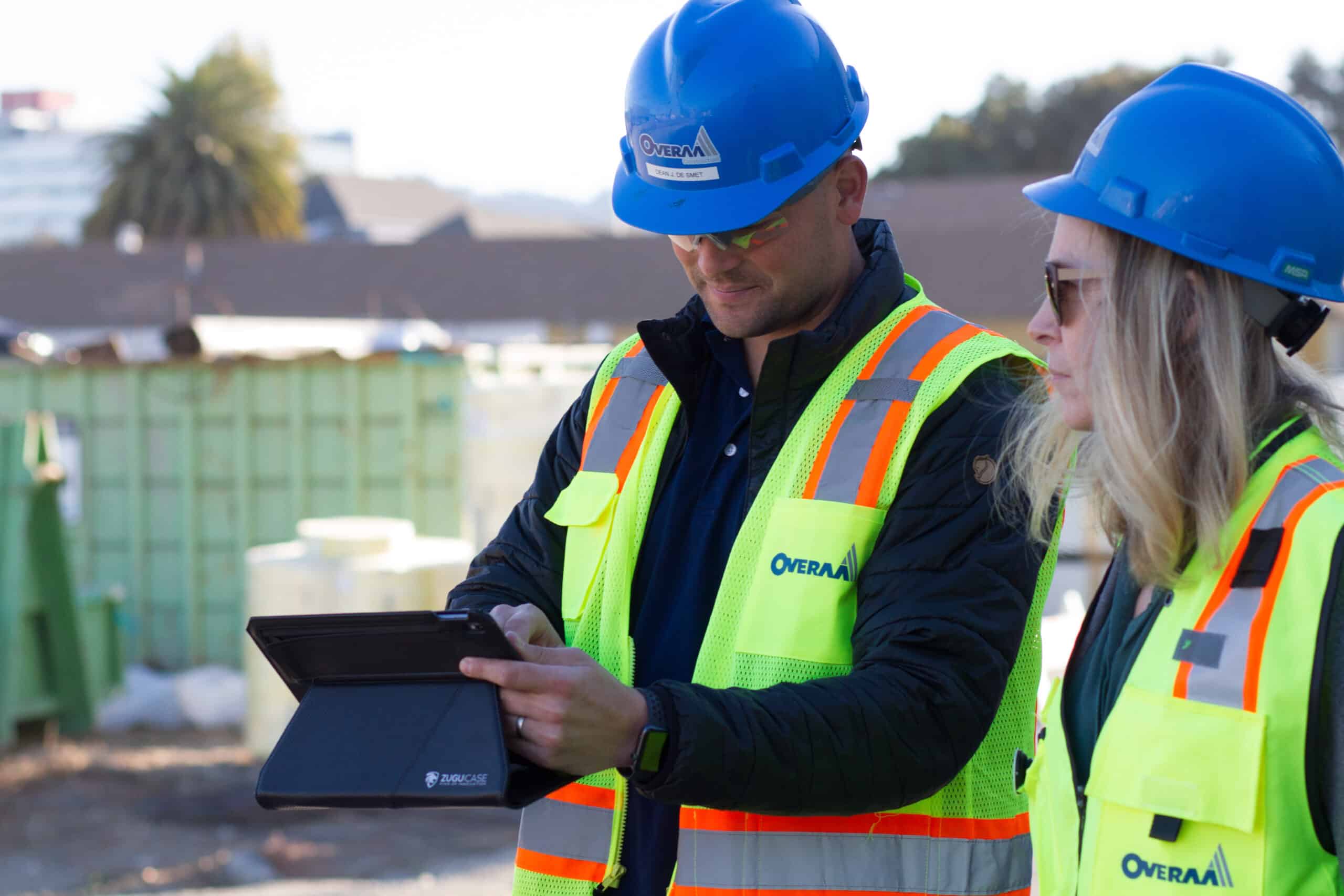 Our construction projects are in full swing and we are following Cal/OSHA’s latest guidance. We are using Safe Site Check In, a digital app, to conduct private 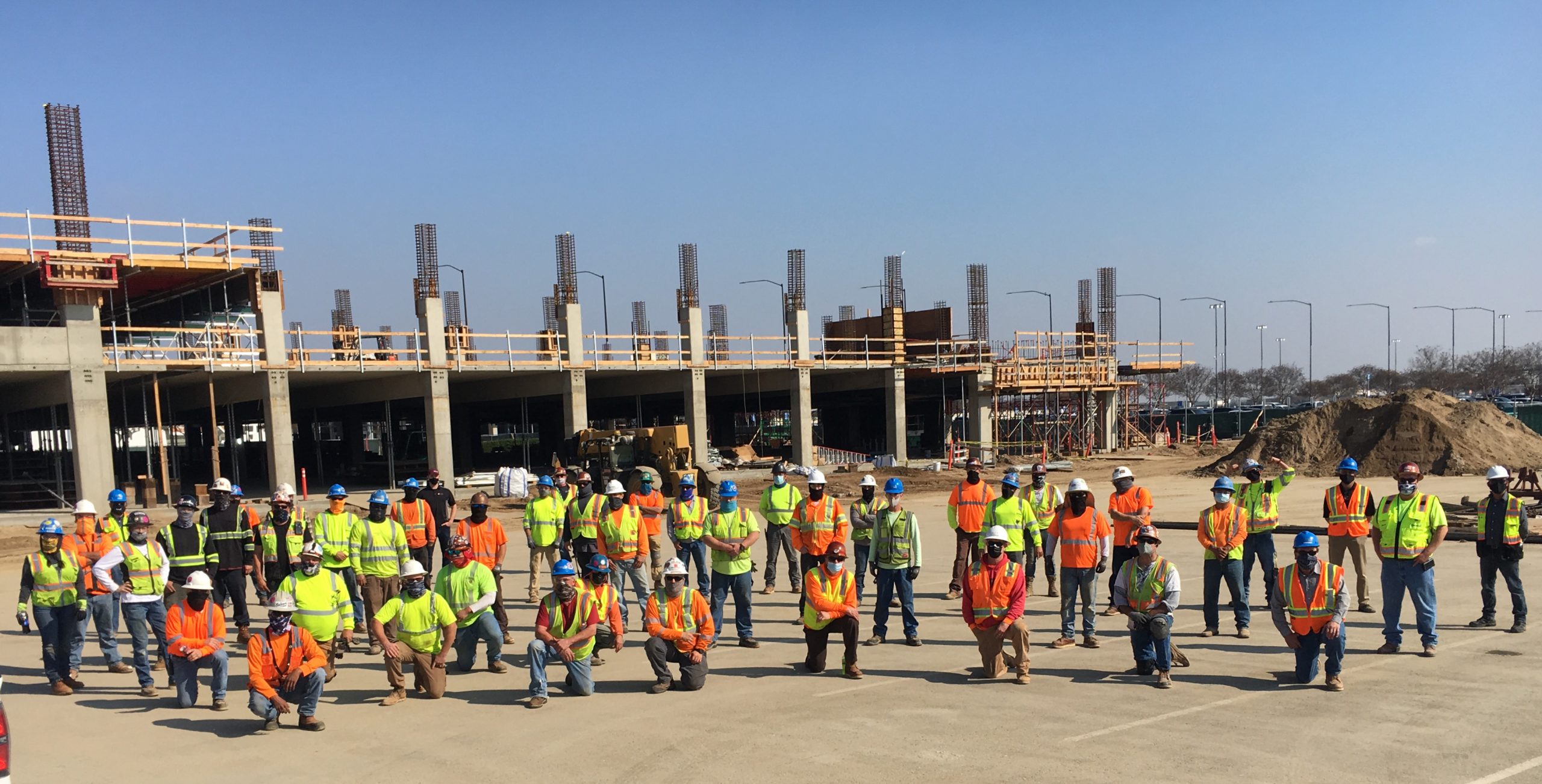 By Tim Sheehan April 14, 2021, The Fresno Bee  https://www.fresnobee.com/latest-news/article250674364.html A new parking garage under construction at Fresno Yosemite International Airport is expected to open in October, 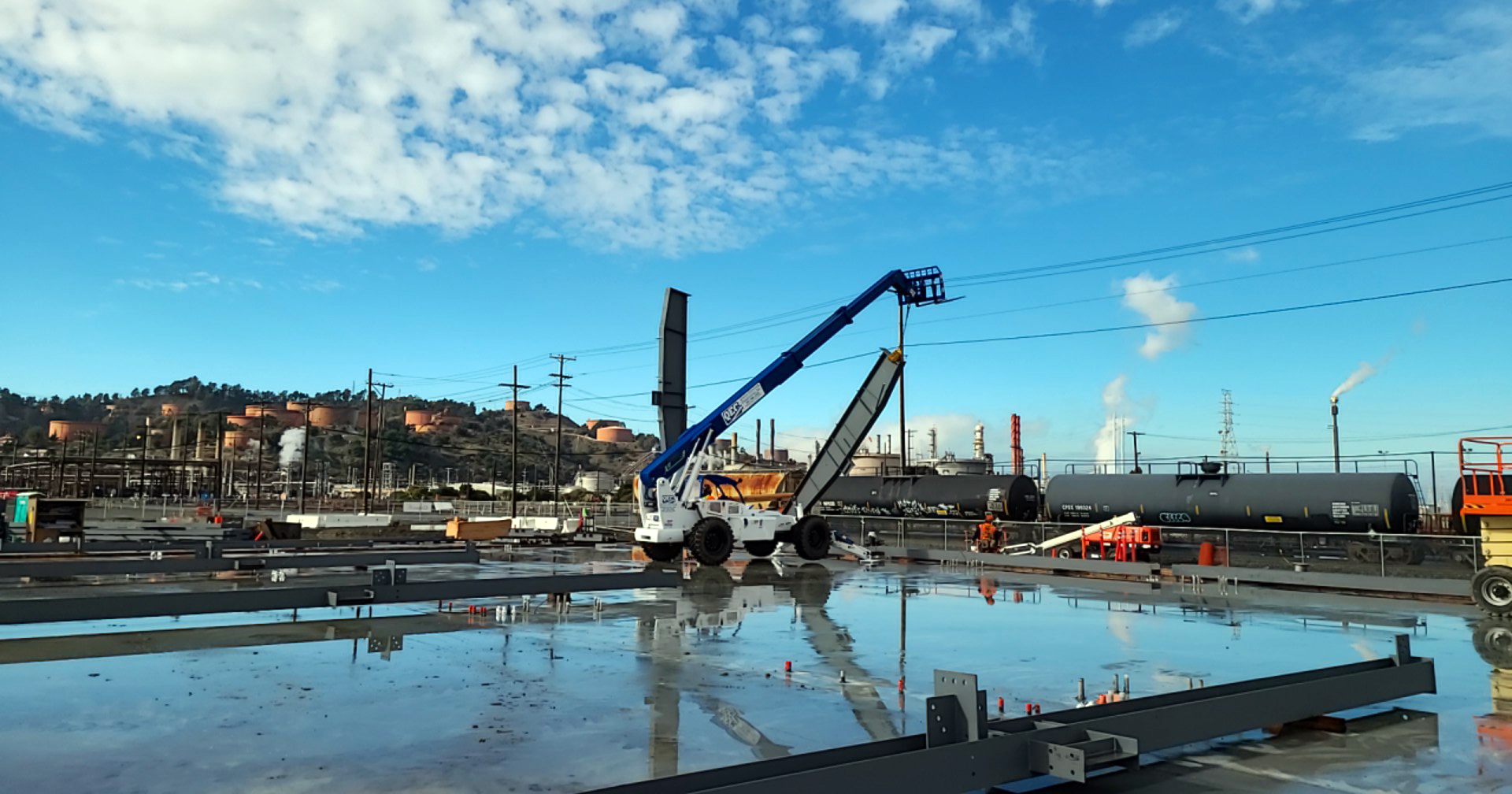 A project 10 years in the making is going vertical! We began erecting the first of three metal buildings on January 6th, and as of January 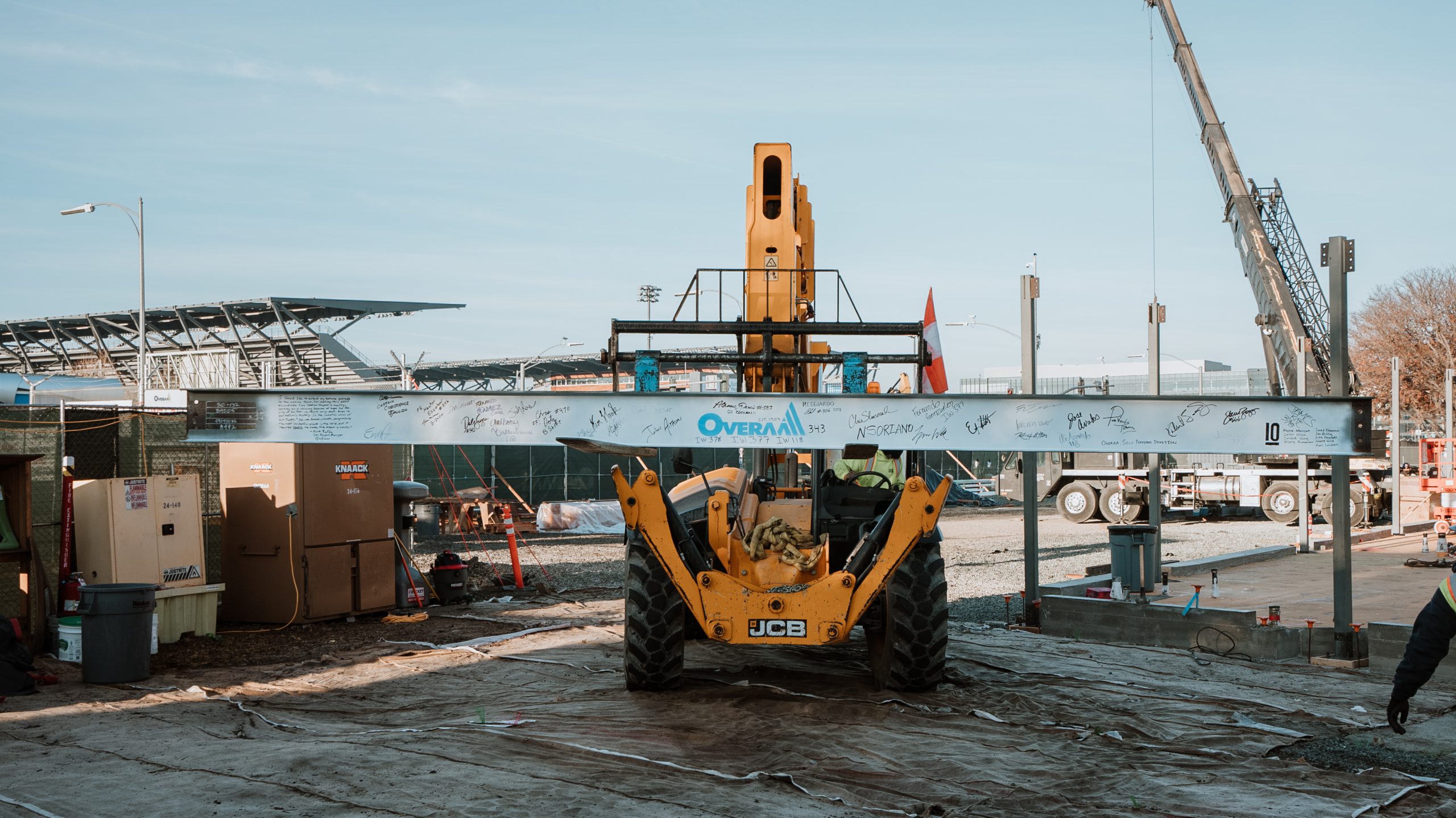 Our partners worked tremendously hard and overcame a few hurdles to get us to this milestone. Our design team and steel detailers worked side by 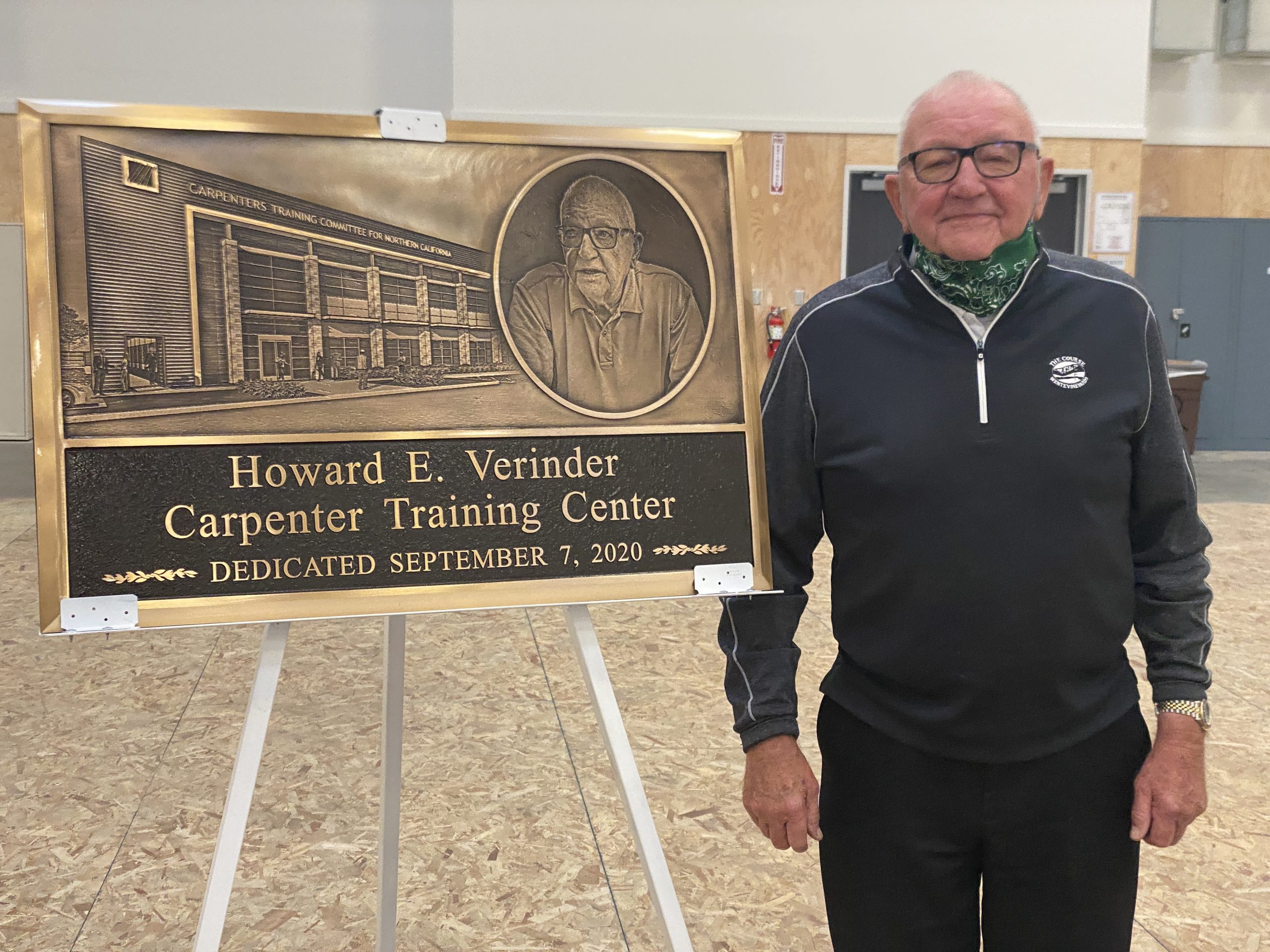 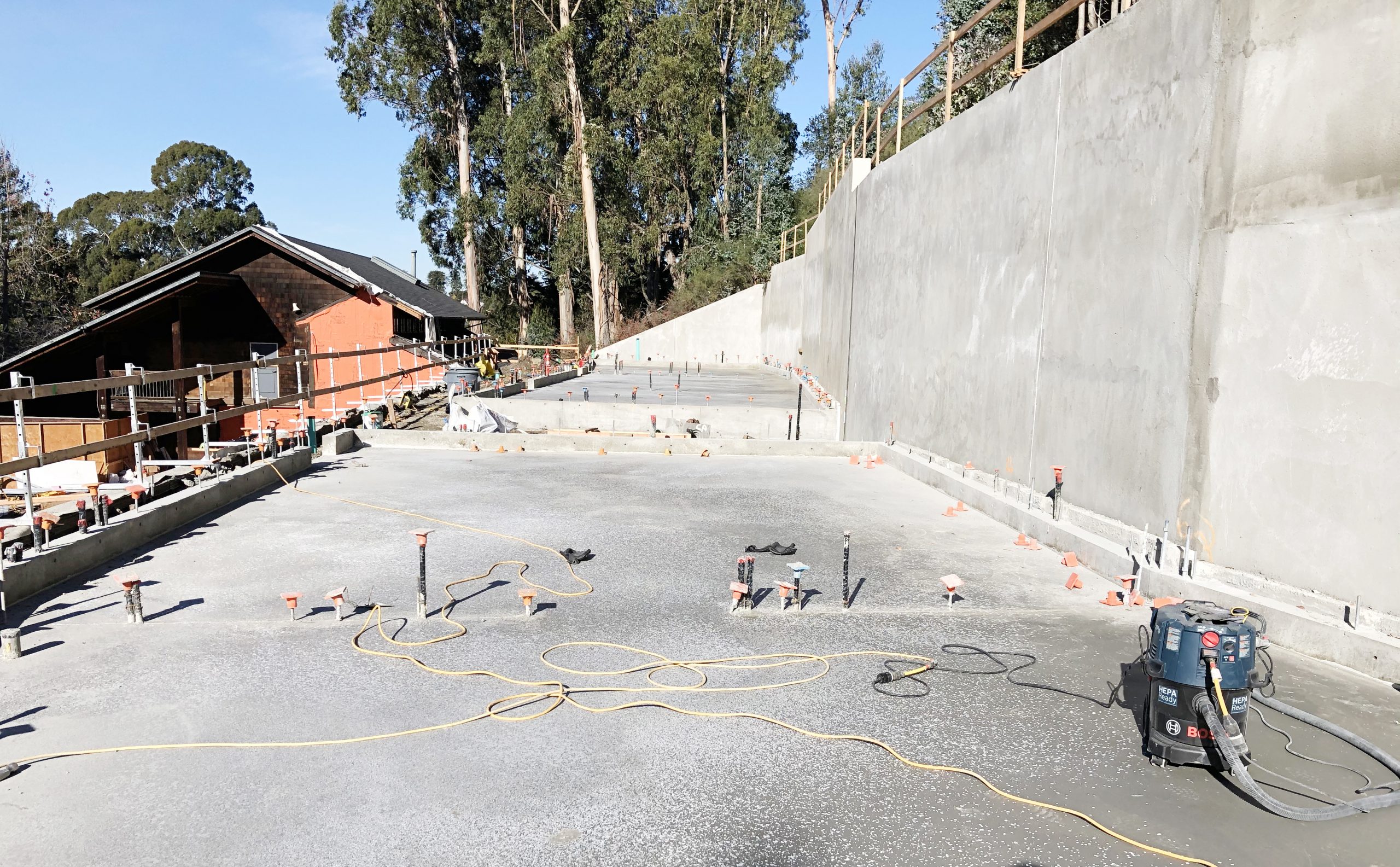 Overaa crews achieved a new milestone at The College Preparatory School in Oakland yesterday after pouring our first slab on grade. The complex hillside project is 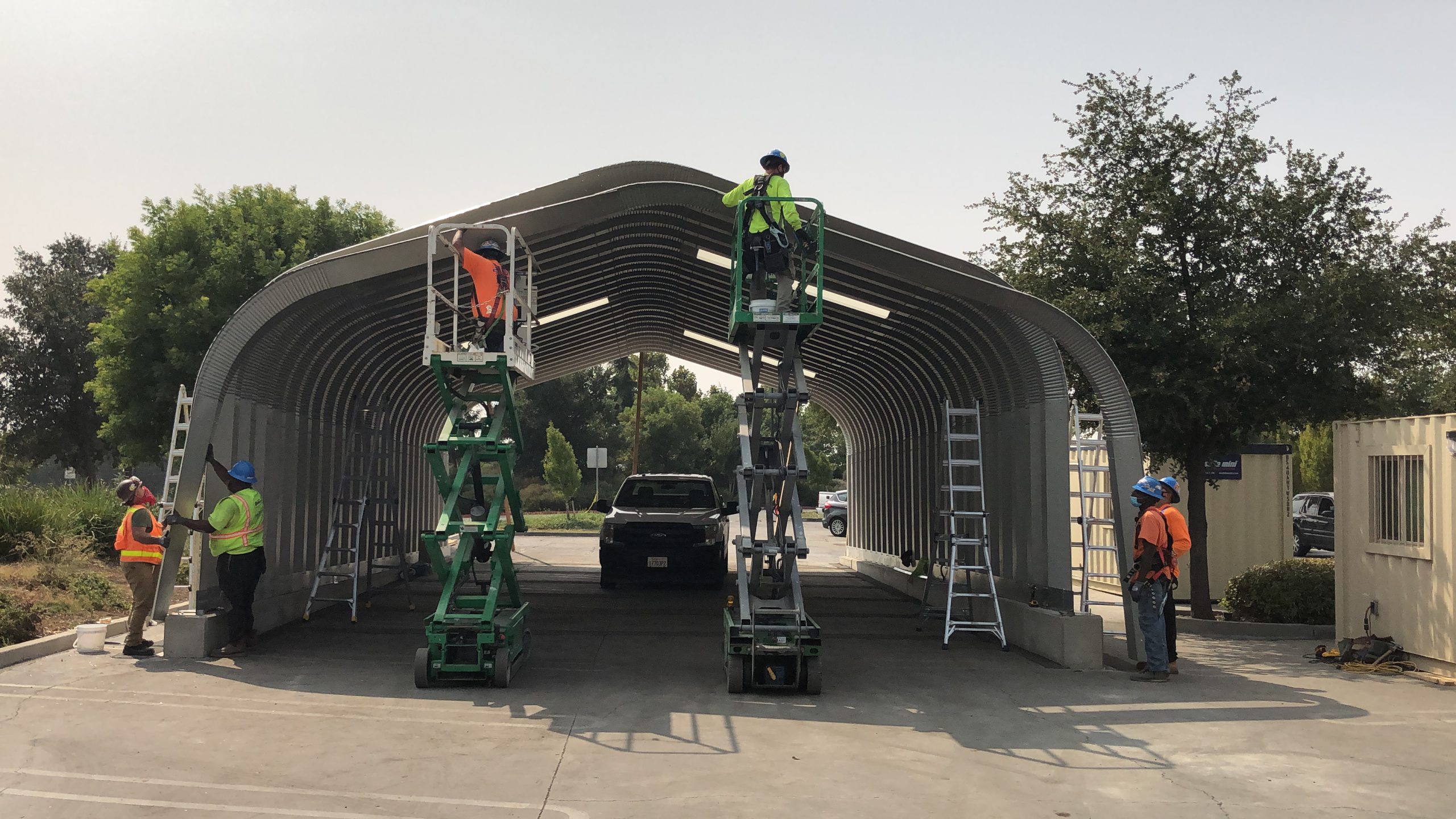 Thanks to scientists, health care workers, and everyone along the supply chain, we see light at the end of the tunnel. Overaa and partners built 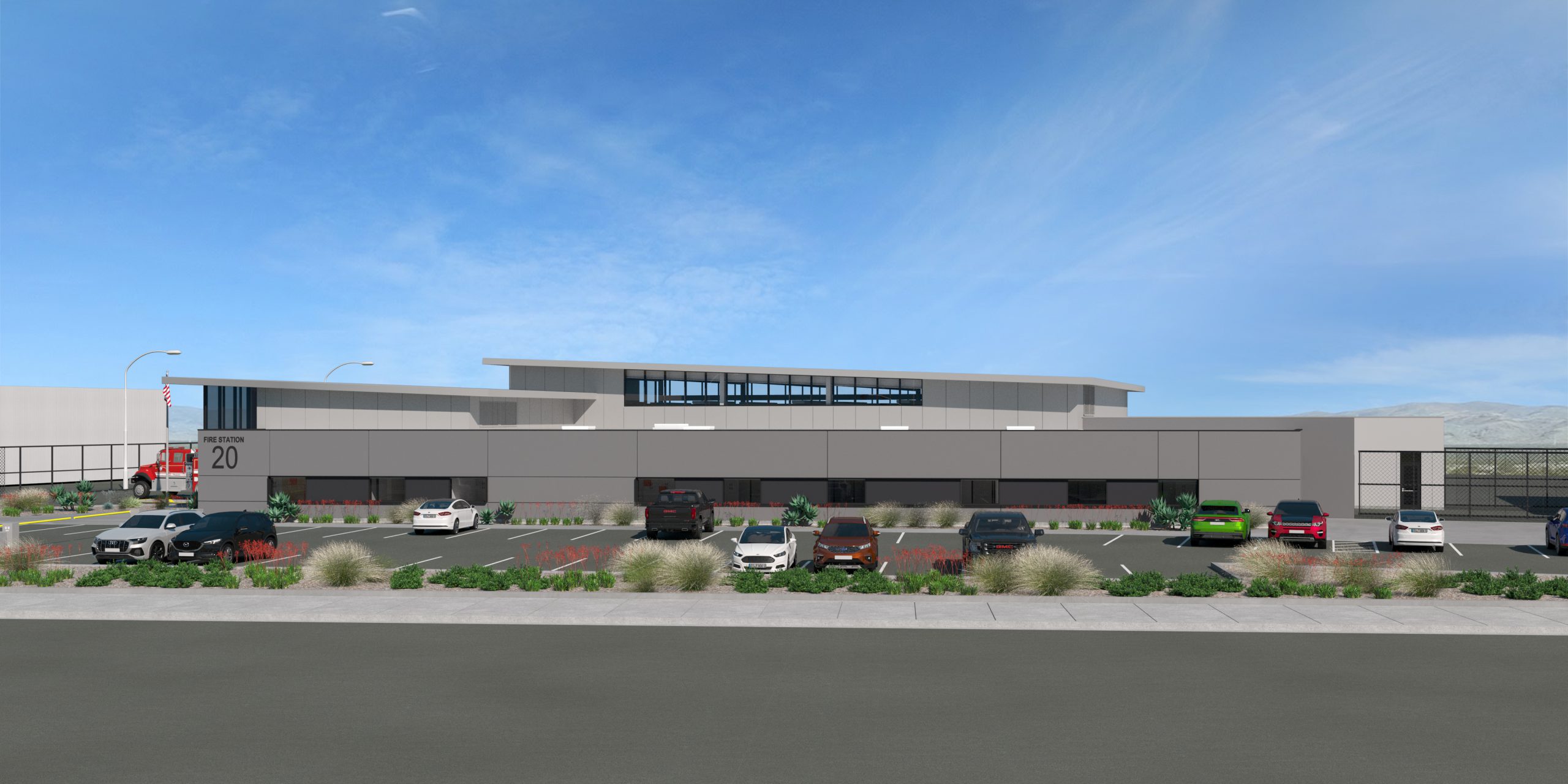 Cost plunges for water treatment plant for Turlock and Ceres. Will it affect rates? SACRAMENTO BEE, BY JOHN HOLLAND DECEMBER 06, 2021 7:00 AM The water treatment plant being built for Turlock and Ceres will cost nearly $100 million less than expected. A low-interest state loan made that possible, project General Manager Robert Granberg said during a site tour Wednesday for The Modesto Bee. The $237 million project remains on schedule to start delivering Tuolumne River water to the cities in June 2023. It will reduce their reliance on wells, which can run low during droughts and sometimes exceed pollution standards. “It’s going very well,” Granberg said. “We’ve got our financing figured out. Things are going very well from a construction standpoint.” The $184.9 million loan will be repaid through water bills, which have been rising since 2018 in anticipation of the project. The average residential bill in each city will top out at $78 a month in 2022. The higher rates could stay in place, despite the much-reduced loan interest, because of other water needs. Both cities have plans for upgrading wells, mains and other parts of the systems. The $237 million cost includes design, environmental study and construction. The project got about $35 million in state and federal grants and $17 million from the local partners. The latter includes the Turlock Irrigation District, which will supply the raw water. The loan has an interest rate of just 1.2%, which will total about $35 million over the 30-year term. It allows the cities to avoid issuing bonds, which would have had about $132 million total interest at an assumed 4% over the same term. The project is governed by a four-member board that includes mayors and council members from the cities. Turlock Mayor Amy Bublak welcomed the news of the state loan in a text to The Bee. She added that the planned rate increases will help with other water system needs, “so I would use caution in saying you could trim back rate increases.” Ceres Mayor Javier Lopez said much the same by text: “It is too soon to determine whether or not we can lower the rates at this time, but when the moment presents itself, this will be a topic of interest to be brought forward.” SOME SUPPLY-CHAIN HICCUPS The plant design and construction are through a contract with Jacobs Engineering Group, based in Dallas and Denver. Early work was done by CH2M-Hill before it merged into Jacobs. Construction started in February of this year. It has stayed on schedule despite some supply-chain delays related to the pandemic, said Ted Michaelidis, design-build manager for Jacobs. They included some of the lumber used in concrete pouring and iron for pipe fittings. Jacobs and its subcontractors have about 100 workers at the site now and will peak at 150 to 175 next summer, Michaelidis said. The plant operation is expected to employ 14 people, under the Stanislaus Regional Water Authority. The water will be withdrawn through perforated pipes already installed under the streambed near Geer Road. That is far into a river journey that starts in Yosemite National Park and continues through the Stanislaus National Forest, foothill grazing land and irrigated farmland. The water will mainly need treatment for sediment and for microbes that can make people sick. The process will start with flocculation, where chemical agents are added to cause sediment to clump together and settle out. The water then will go through filters, where it also is treated with ozone to control some of the pathogens. The final step is chlorine. The current project will result in a capacity of 15 million gallons of water per day. Future phases would bring it to 45 million. Ceres will receive its share of the water through a 30-inch-diameter pipeline now being installed along Hatch Road. Traffic delays are possible for a few months as crews lay the pipes. Turlock will get its water through a 42-inch pipeline to be laid mostly along Berkeley Road. MORE WATER FOR SALMON The partners note another benefit of the project: More water for salmon. TID diverts its water for farmers at La Grange Reservoir. The portion for the treatment plant will flow for 26 more miles before being withdrawn at Geer Road. Leaders have discussed a treatment plant off and on since the late 1980s, but it was delayed by cost and other concerns. The potential partners have included Hughson, Keyes, Denair, Hilmar and Delhi. They can still join in the future by paying a share of the cost. The Modesto Irrigation District has treated some of its share of the Tuolumne for city use since 1994. It has been credited with boosting groundwater in Modesto and smaller locales in the service area. Cities gain flexibility when they can tap both rivers and groundwater. The treatment plants on the Tuolumne are especially valuable because of MID and TID’s strong river rights and ample capacity in Don Pedro Reservoir. Read more at: https://www.modbee.com/news/local/turlock/article256236202.html#storylink=cpy